The Celtic Connections festival, which focuses on the roots of Scottish traditional music famous for bringing together international folk and world music artists, has Galicia as the international partner of the Showcase Scotland 2019, included in the programming of this year's  festival; an initiative to promote the foreign scope of new Scottish musical talents along with those of the guest territory.

Thanks to an agreement between Celtic Connections and Galicia’s Regional Government (Xunta de Galicia - Consellería de Cultura e Turismo), through Agadic and under the brand GalicianTunes On Tour, the Showcase Scotland Expo presents a selection of eight Galician artists and groups, who will share the stage with renowned international musicians, during the 26th edition to be held in Glasgow (Scotland) between the 17thJanuary and the 3rd of February, 2019. The concerts will be open to both the general public and agents, record labels and media, among others, who will attend them as accredited delegates from all over the world. 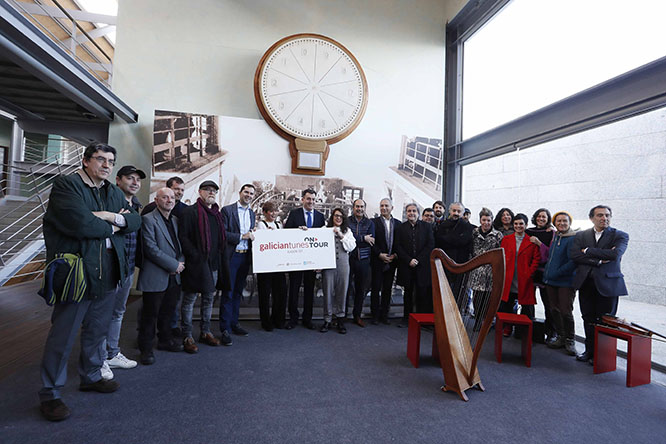 In addition to these artists, a dozen companies and tour operators will also travel to Scotland, where they will have the opportunity to get face-to-face contact with promoters and international agents of their respective sectors.